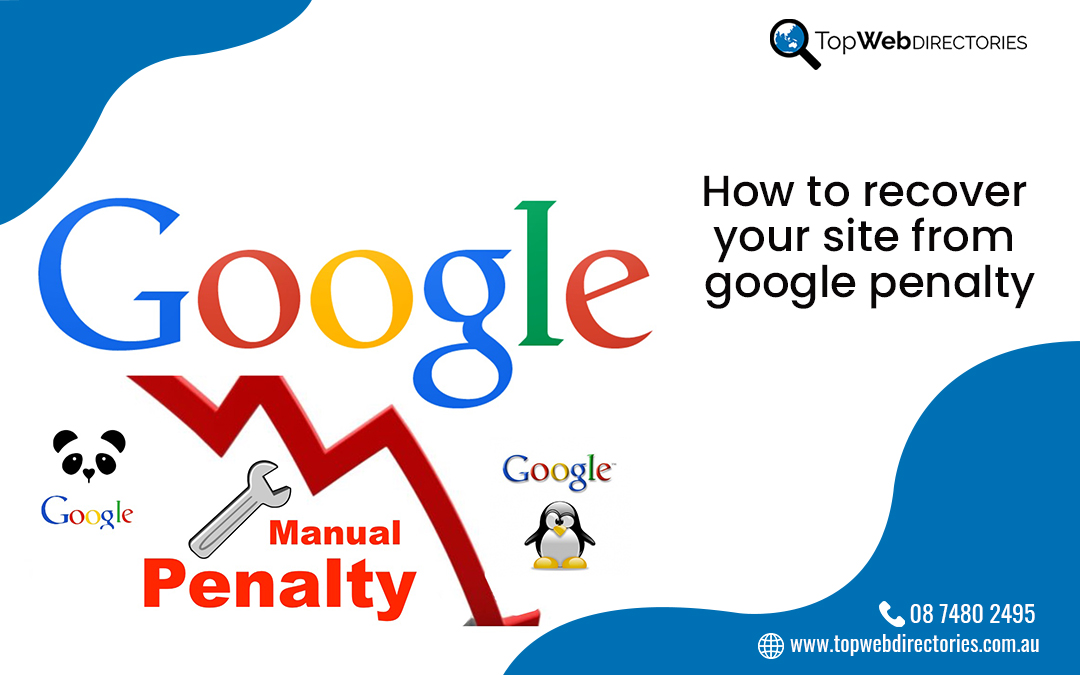 Google penalties are punishments delivered to sites by Google if they do not follow the Webmaster Guidelines.

Designers have made the concept of Google penalty to prevent rule breakers. However, sites that did something by mistake may suffer from this problem.

Some causes of Google penalties are:-

Ways to Recover from a Google Penalty

Check if there is a problem related to ranking with your site.

If you want to recover from a Google penalty, find out the issues.

You may use the Website Penalty Indicator to check which aspects of your site have been affected and how. Many tools can serve this purpose.

Try to get a detailed report based on SEO errors.

You may also look for other issues like duplicate content, inappropriate backlinks,  indexing errors, or problems regarding the algorithm with the help of these tools.

Investigate the Algorithm Updates that may have led to a Google Penalty.

Get to know if the Google penalty resulted from an algorithm update by logging in to the Google Analytics dashboard. Now, check the drop in traffic according to the known algorithm changes.

If you notice a drop in traffic fall at the time of a known Google algorithm update, it may be a reason behind the penalty.

You may investigate further on it.

After you recognize the update which resulted in the penalty, research well on the update to be able to fix the issue.

Run SEO Audits to recover your site from a Google penalty.

SEO audits must be a  part of the marketing strategy. You can use it to check any drop in traffic.

Your site may suffer from a  Google penalty, so a technical SEO audit will reveal the SEO errors that have impacted your site.

When you perform a technical SEO audit, focus on back-end hosting. Also pay attention to content, keywords, metadata, and other front-end factors. Keep a check on the quality of the link and the outside references.

SEO audits use link tools to find out spam links.

An SEO Audit Checklist will help you go through a thorough SEO audit. It will help you recover from a Google penalty if the SEO errors have resulted in it.

Google penalties can lead to a loss in traffic and revenue for organizations. It is essential to fix the problems that can result in a Google penalty.

Most Google penalties occur because of bad SEO methods. Take the help of Adelaide SEO company to get rid of such issues.

Some Google penalties may be because of Google errors and require interaction with the Google team.

Take the help of a web design company Adelaide to make your site look attractive.